Actress and host of the #IAmFrenchPodcast - Karen French asked us to create an identity and website to be the home for the podcast, and also a place for Karen's personal blog. 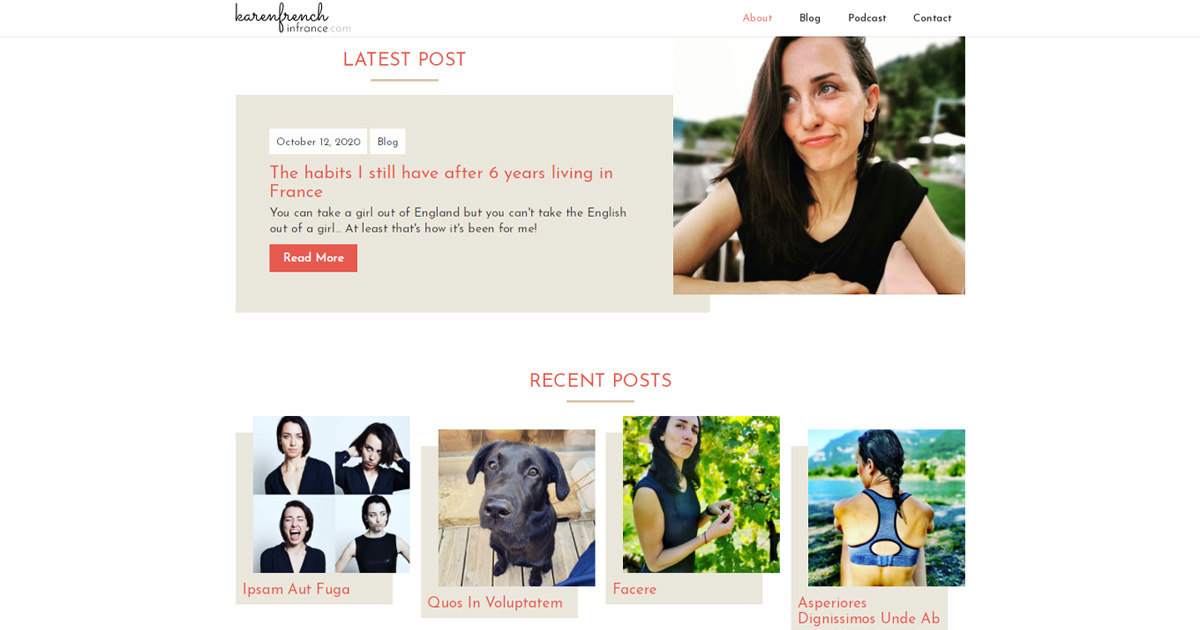 Karen being the professional that she is already had a strong idea of colour palette that she wanted to use on for the site, and provided several links to other websites that she liked the look of to use as inspiration for the layout and function of the website. Originally a Wordpress site was requested, but after our initial consultation we decided that a Webflow build would be better for the project (for reasons too many to list here, but there'll be an article about it).

The first port of call was branding, which was to be for a parent site to host both the personal blog, and the podcast itself - iamkarenfrench.com was a perfect solution. After the logo design was finalised (we seem to have nailed it with the very first concept - a rare occurrence in design) we were ready to get started on the site build on Webflow.

Karen had already supplied several layout resources and a library of professional images she already had that she wanted to be used as the basis for the design, so we started building directly in Webflow in a staged environment. We built several pages with sections and placeholder content, optimising and using the images Karen had sent over we were able to create a fully functional website, with lorem ipsum placeholder text so that Karen could clearly see where text was needed, and what context it was going to be displayed in.

At the time of writing the website is fully built and functional - which was ready in a single week, and now just waiting for a little extra content before the official launch. We'll link to it as soon as it goes live!

Go to the website
Additional Images:
No additional images added yet. Check back soon.